I finally finished my configuration box that was started at the Wisconsin Stamp Camp in October. I had lots of fun making this. 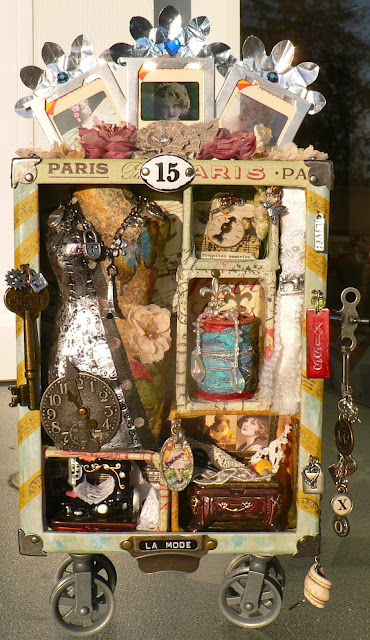 I added more charms to the necklace on the altered torso and a couple small charms to the large key on the box edge. Also added a decorative Prima flower to the torso. 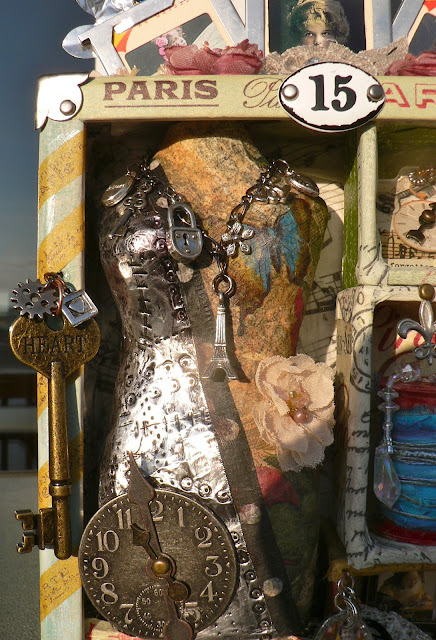 I had a ceramic sewing machine box that was too large to fit into the smaller boxes, so I removed the sewing machine "lid" and placed it in the lower box on the left along with some decorative eyelet lace. I used the bottom part of the box as a small chest, using the lid that had held the sewing machine as an attached frame holding two pictures. Placed lace in the "chest" and added the small ceramic scissors and spool in the "chest" and placed it in the small box on the lower right. On the edge of the right box, I added a soldered charm I made a couple of years ago and added a moon charm. Added two small charms to the bottom side of the frame. 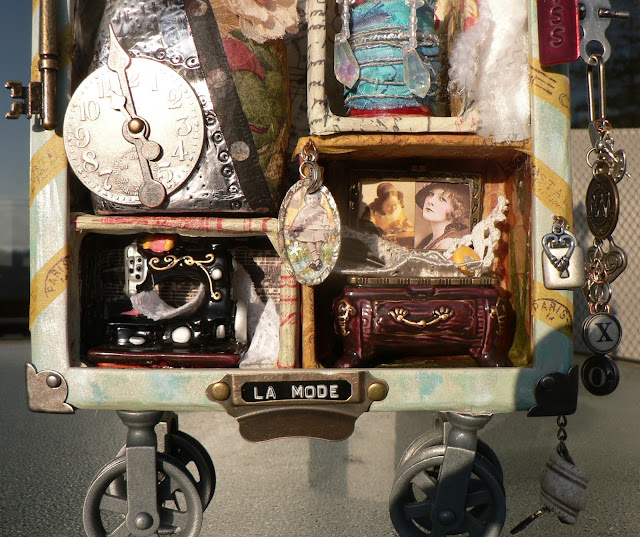 To the right of the upper small boxes, I placed a roll of satin fabric with some decorative fabric, lace and fibers attached with a sewing machine charm.In the small upper box, I added one of the fragments I made at last years Wisconsin Stamp Camp. Placed a Prima decorative flower to the inside side of the box, and on the outside edge added a humming bird charm. In the long small box underneath, I added a fleur-de-lis charm to the top and placed an alcohol colored plastic spool wrapped with died silk and fibers and "crystal" beading. Added a "live" charm to the upper side of the frame. On the middle side of the frame, added a metal word tag, colored with alcohol ink, a green heart bead and a small key charm (it's behind the bead in this photo). 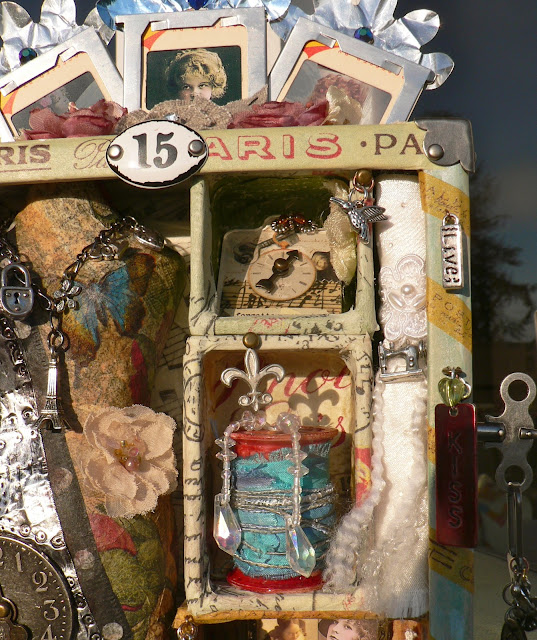 Added some decorative "Paris" themed tape to the sides of the outer frame. And added more charms to the metal pull chains on the side of the box.

For the top, Jan had given us some old negatives. I removed the negatives in the frames and added images printed on transparencies to look like old negatives. I taped the three negative frames together and attached them to the top back. Added some old Christmas light frames and some large rhinestones. Also added a row of decorative Prima flowers to the top. 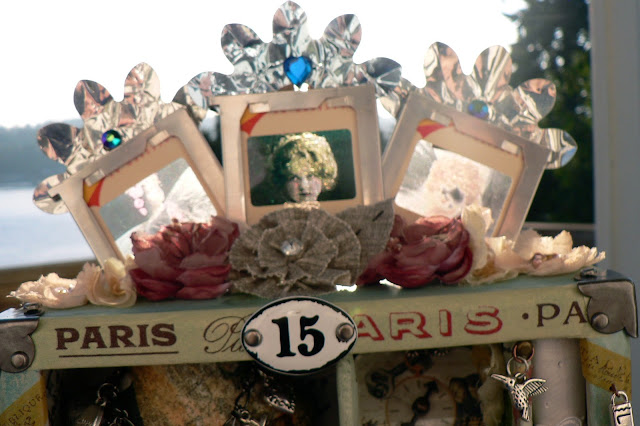 I am lost for words. What a fabulous piece of art! The detail in this scrumptious creation is amazing. Goodness knows how long it took to make but the result makes it well worthwhile. LOVE it!!!

Gorgeous configuration!! This type of art is new to me. What is the difference between installation and configuration? This piece is inspiring!Thank you for sharing!