For this month's ATC, we were asked to use some bling, any where we wanted. I started by making wings with Fantasy Film. Used a piece of Mother of Pearl Fantasy Film twice the size of my wing stamp, folded in half and re opened. Cut up scraps of other colors of Fantasy Film and layered on top of the larger piece. 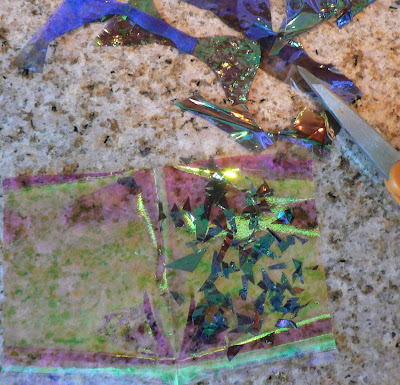 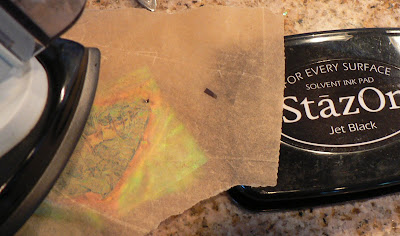 Here's how it looks in the window, before cutting out the wing. 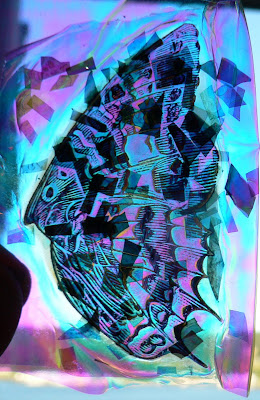 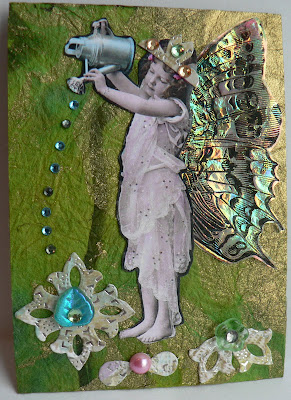 "How Does Your Garden Grow?"