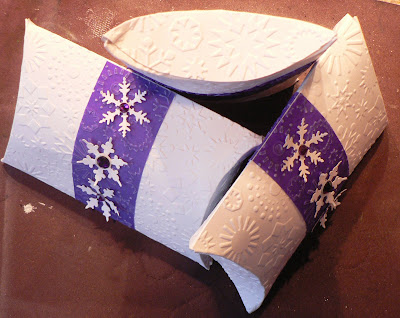 I wanted to make my own gift boxes to hold some small gifts. I started with white card stock that had some glitter/sparkle in it. I traced out a gift box template, cut the card stock and created fold lines per the pattern. 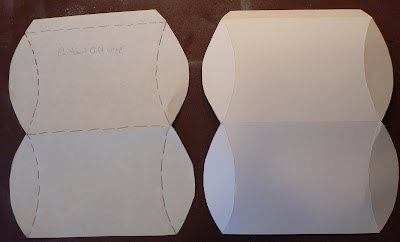 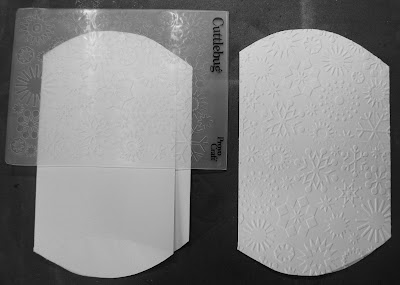 I had some leftover embossed purple vellum (previously embossed with the same snowflake embossing folder used on this box) on adhesive sheets leftover after making Christmas cards. I cut these into 1-1/2" wide strips and laid them over both sides of the box to hide the line made by the edge of the embossing folder. I used red line tape on the flap where the side of the gift box will be adhered together. I don't want the box to come apart too soon. 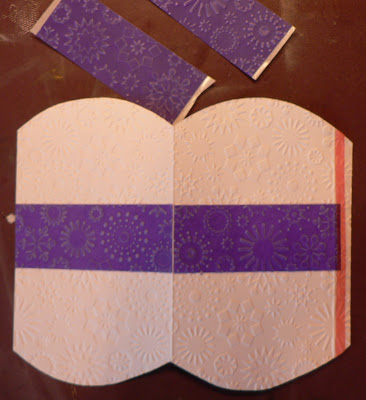 I used scraps of the same white card stock to punch out three different snowflakes and glued purple rhinestones in the center of each one. 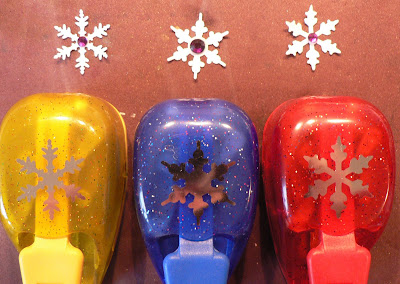 I slipped the present into the box and glued the three snowflakes onto the center vellum strip on the top side of the box. 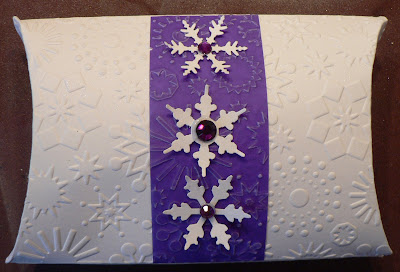 Is that box big enough to hold a gift card? I love the way it came out. We have Secret Santa next week at work and I'm trying to figure out what to do.

What fun! Who'd have thought to emboss using 2 separate folder! You are always a genius at work!, as my son would have put it :)