One of the participants at our Art Retreat, Debbie Warren, made this beautiful charm and gave each of us one. And she also demonstrated how it was made out of Fantasy Film. 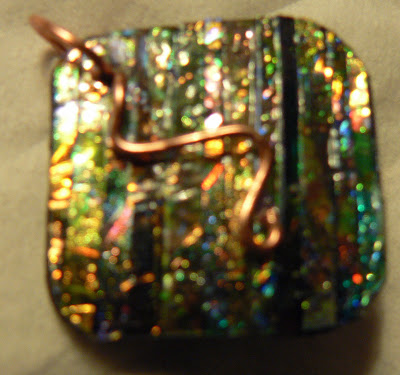 Here's my play with this technique. Cut up lots of assorted fantasy film onto a larger sheet of fantasy film (I used a light sheet for my large piece). 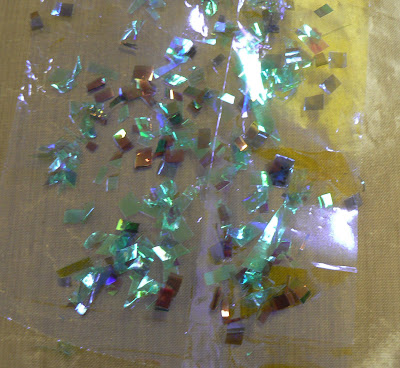 Then cut the sheet up into narrow strips and then lay them over a sheet of red line tape, until you use up all the strips. I don't think I used enough bits of fantasy film to achieve the same effect as Debbie's. 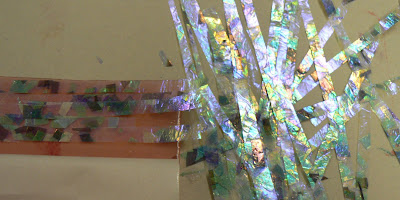 After deciding my sheet was too light, I laid a darker sheet of fantasy film over the others and ironed on. The plastic backing of the red line tape got a bit distorted, but the tape was still sticky. I cut out some star shapes to use in my shrine. 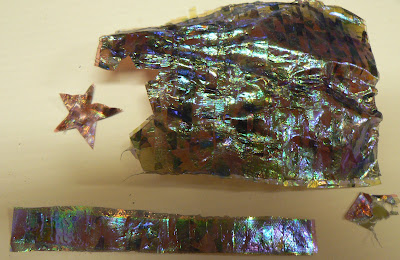 Just looked through all the posts fro your fabulous art retreat - WOWZA!!!!!!!! Everything is so beautiful - what a wonderful experience!