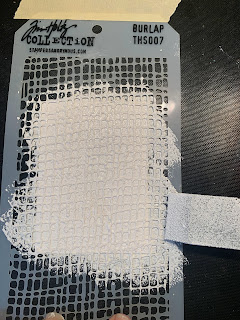 The theme for the 9ATC Group is Texture through Gesso or Texture Paste. I used Gesso by sponging it on over a stencil covering card stock. 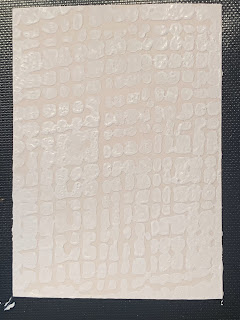 I allowed the Gesso to dry, this took a couple of hours. 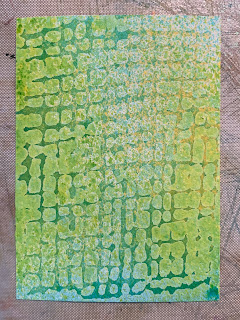 I sprayed yellow and blue inks over the Gesso Texture and let it dry.
I added some embellishments. The blue strip was cut and the dragonflies were punched out of some paste paper I had previously made. The flower was chipboard, that I first inked thoroughly with black ink and after the ink dried, used reddish metallic rub-on over the surface and then ran through a swirl patterned embossing folder. Also added a "pearl" to the center of the flower. 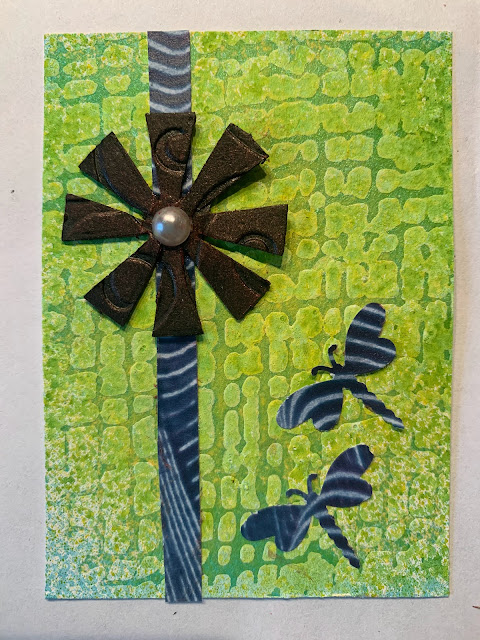