I wanted to try the fabric paper on muslin to see what difference there is from the tyvek I used in the fabric/tyvek paper I had made before. I also needed to make "creative" wrapping for my 12 Days of Christmas Swap on ccswaps. I cut up two different Christmas tissue papers and spaced them out on muslin that had been brushed with watered down pva. 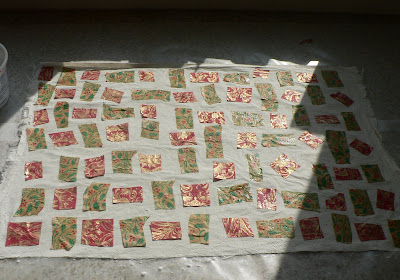 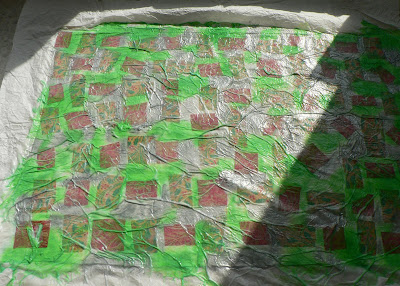 Once the paper was dry, I cut it into 12 sections with regular scissors. I found the material to be sturdy but thin. I wanted to emboss it in the Cuttlebug and was concerned it wouldn't hold the embossing. So I place a thin piece of cardboard in the embossing folder along with the fabric paper and this gave a well formed embossing surface to the fabric paper.

I ran a green Brilliance pad over the entire surface to highlight the embossed images and tone down the overall color. 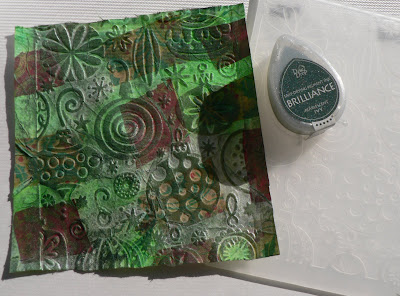 This made a very sturdy wrapping for the first set of gifts I made for the exchange. No peeking : ) I'll reveal what I made the day after Christmas, so as not to spoil the surprise for those in the swap. 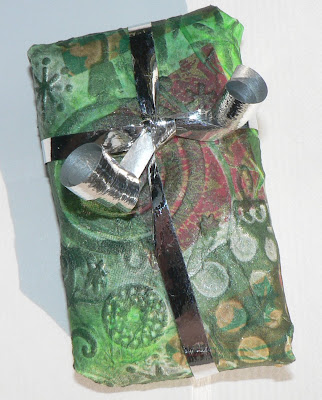 WOW, love the colours on this!

This looks beautiful Carol... you rocked the fabric paper challenge!