Wanted to make some autumn cards for stamp club this week. As I've been playing with fantasy film, decided to use it in my cards. Inked a leaf stamp with dark brown StazOn ink, laid down two pieces of Fantasy film, placed down parchment paper and heated with an iron. Trimmed off the extra fantasy film. 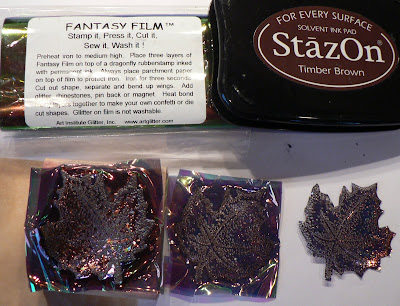 Close up of the Fantasy Film leaf: 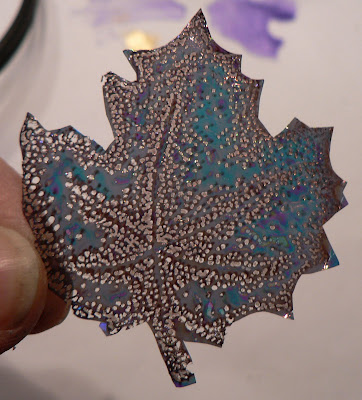 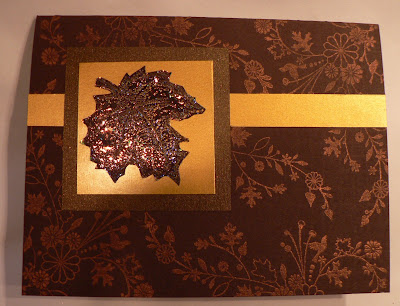 This card is terrific, Carol. Love the whole layout.