Decided to use the reverse stamping images I made earlier today in a gift. I'm making an ATC holder booklet. For the outer covers, used thick paper towel that had absorbed dyes from a previous project. Cut them to size and stamped flourishes with silver Encore ink. 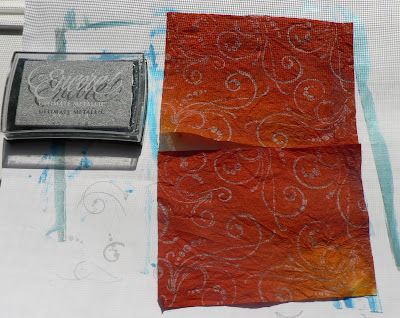 Trimmed down one of the reverse images to fit on the front cover. Added opposite color gems to the eyebrow of each image and an appropriate saying metal tag. After binding with the Zutter Bind-it-All with red coils, tied on colorful fibers. 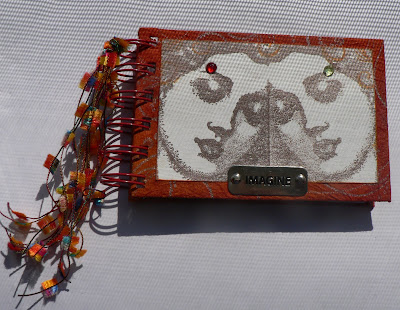 Had some background paper that was made some time ago. Wrapped rubber bands around a block of wood and used as a texture stamp with a variety of dye inks on coated paper. Cut this down to size and stamped on a saying with brown StazOn ink. 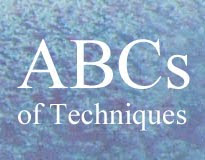 This can be another "R" technique: Rubber band stamping. 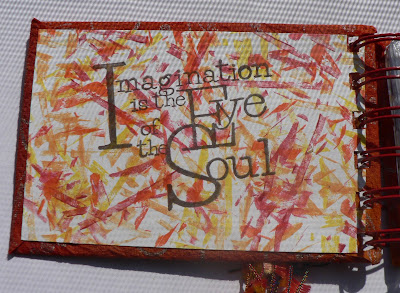 Back inside cover done as the front, used a different saying stamp. 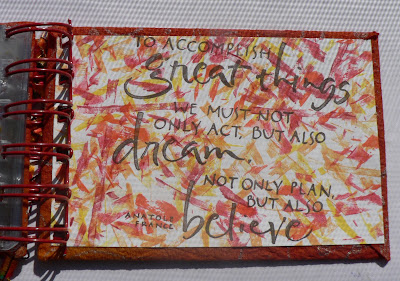 Added the other "reverse" stamping image I made (this one with the negative image as well). Trimmed it down, stamped on the word "create" with brown StazOn ink. 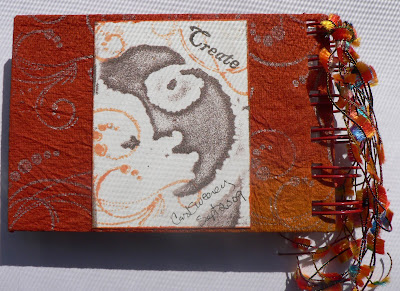 Hope the recipient likes it.
Posted by Carol at 6:23 PM

What a beautiful book! What is Art Ventures?

Art-Venturers is a Yahoo group of mixed media artists. We are more active sometimes than others.