This week's theme on Mixed Media Monday is "Just Hanging Out". I was inspired to make this Ornament:

Started with a scrolled chipboard ATC frame from Scrapware. Glued on Fantasy Film with Elmer's Glue (pva). Cut out the center and added a second layer and ironed on with parchment paper between the Fantasy Film and the iron. 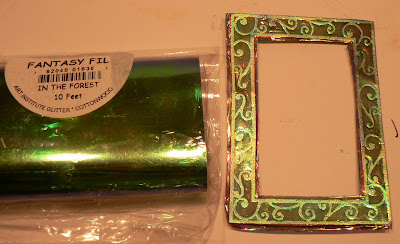 I wrapped a piece of parchment paper over the edge of the frame and heated with the iron to shrink the fantasy film over the edges. 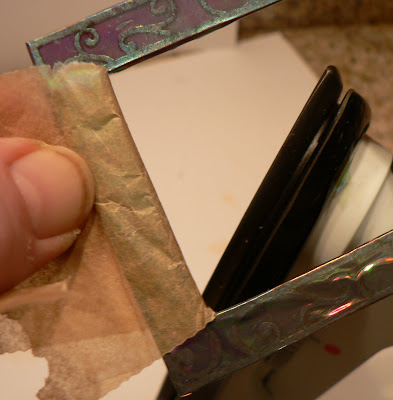 For the hanging star I inked a star stamp with red StazOn ink, placed two layers of Fusible Film over the stamp, placed down parchment paper and heated with an iron. Cut out the star and make a second one the same way. 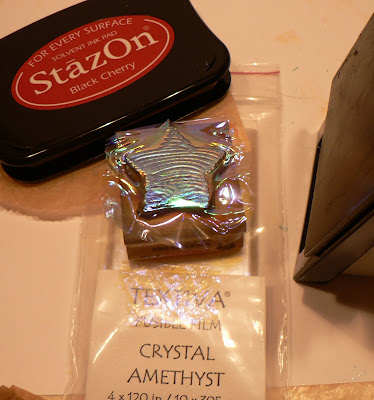 Stamped a quote on decorative paper with red StazOn ink and glued to the back of the vintage angel image. Added ribbon, beads and star rhinestones to the piece.

OMG this is lovely.
Gorgeous little hanger. Love them.

Carol, this is a stunningly beautiful piece! Thanks for sharing the steps with us :-) Diane

beautiful! thanks for showing the process!

Such a fabulous ornament! BRAVO!

This is beautiful, and thank you so much for sharing the steps you took!

A beautiful piece...what a perfect addition to any tree or wreath!

Wonderful! I too love how you shared the steps with us. Thank you! Kristin